When we start in the programming world, never asked us about our goals and why we would like to learn to build software, immediately taught us many things: Languages, IDE's, editors, frameworks, libraries and more. In the way, a big question appears, a controversial question with many answers: Which is the best programming language?

I will try to give you an impartiality answer based on my years of experience in the dark programming world.

Which is the best?

The answer is simple: Does not exist the best programming language, the languages are complementary between self, it's the right way we have to understand how they work. The C language is the father and the mother of all languages, but anyway, it isn't the best because his speciality is strong in some areas, to do other tasks is very difficult. But union make force, remember it.

Some developers of compiled languages ​​don't like languages like Python, Javascript, and PHP, because of their typing, security, and performance. They say: A variable can be a string, a number or an object at the same time; in the interpreted language this is called dynamic typing. If we look for arguments, we can find many, is better to observe the theme since a different point of view. Consider the utility of the tool and which things we like, so, we will choose the right language of programming. In the picture, there are some hammers kinds, even though are many, with each hammer, you can do similar activities but each one has a specialty. You can nail a sprig with a ball hammer even if it is not designed for that purpose. The purpose determines which is the right hammer and is the main reason why there are many kinds. In the programming languages happens the same, even though the language description is as a general-purpose language, there are applications can be built very easily with some languages, with others is very hard.  Just as you can use several tools together, in the same way we must use the programming languages. There is not a unique language for the big software world, is a better option to use them together like layers of an onion, layer over layer.

Learn a little about the most popular and demanded languages ​​today, so you can make a choice:

There are other new languages: Go of Google, Rust of Mozilla, the R language and Swift of Apple. Example of usability by language

All languages ​​are good, in any of the aforementioned you will find a lot to do, but the main theme is how comfortable and fun you think, as I said before, framed in a goal. Personally I use Python, PHP and Javascript, I feel that they are languages ​​for fast, powerful developments and they are useful for everything. Another language that I consider attractive is C ++, its modern versions have greatly changed the way programs are developed. Another highly recommended Java, but remember to use the OpenJDK for licensing.

I advise is that you set your goal, establish what you want to create to select the language with the highest affinity, try those that call your attention and deepen with one, but only one, when you master it you can try to learn another.

All languages are great

It is not about saying that there is a better or worse language, it is about which language you like, you have fun and with which you can achieve your goals. We can use languages ​​together, like the classic case of PHP and Javascript, so that they work in layers: Applications, microservices, desktop clients, web services/API. Finally, I must mention that we must never speak ill of a technology that we do not know in-depth, very surely your criticism is based on lack of knowledge. I will write specific articles on the wonderful things about Python, PHP, and Javascript later and in detail, don't miss them. 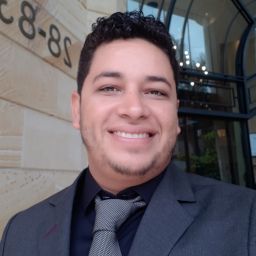 Turns your Laravel app into a progressive web app

The best Composer packages for Laravel